Hello! Just recovered from a manic weekend where I was at Silicon '08 in San Jose, CA. I had a wonderful time. I met some wonderful writers there that I admire. 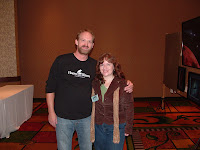 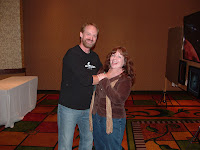 Horror writer Fred Wiehe was charming and fun, and we mugged for my husband's camera. 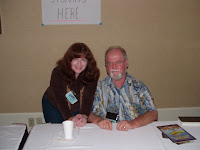 Mr. Larry Niven (a legend) was kind enough to have his photo taken with me and sign one of his books. 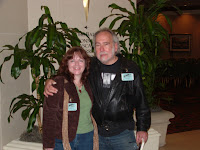 Peter S. Beagle was charming and full of tales. 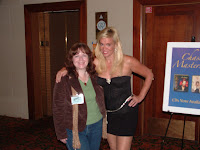 I also met Chase Masterson of Star Trek's Deep Space Nine. She was a real sweetheart and sang several numbers at the Friday night meet and greet. 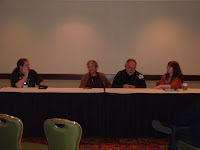 I had a great time on the 'Creating Fantasy Worlds' with Peter S. Beagle, Diana Paxson, and Christy Marx.

More to come. My familiars are demanding attention now.
Posted by Verna McKinnon at 10:55 AM 3 comments: