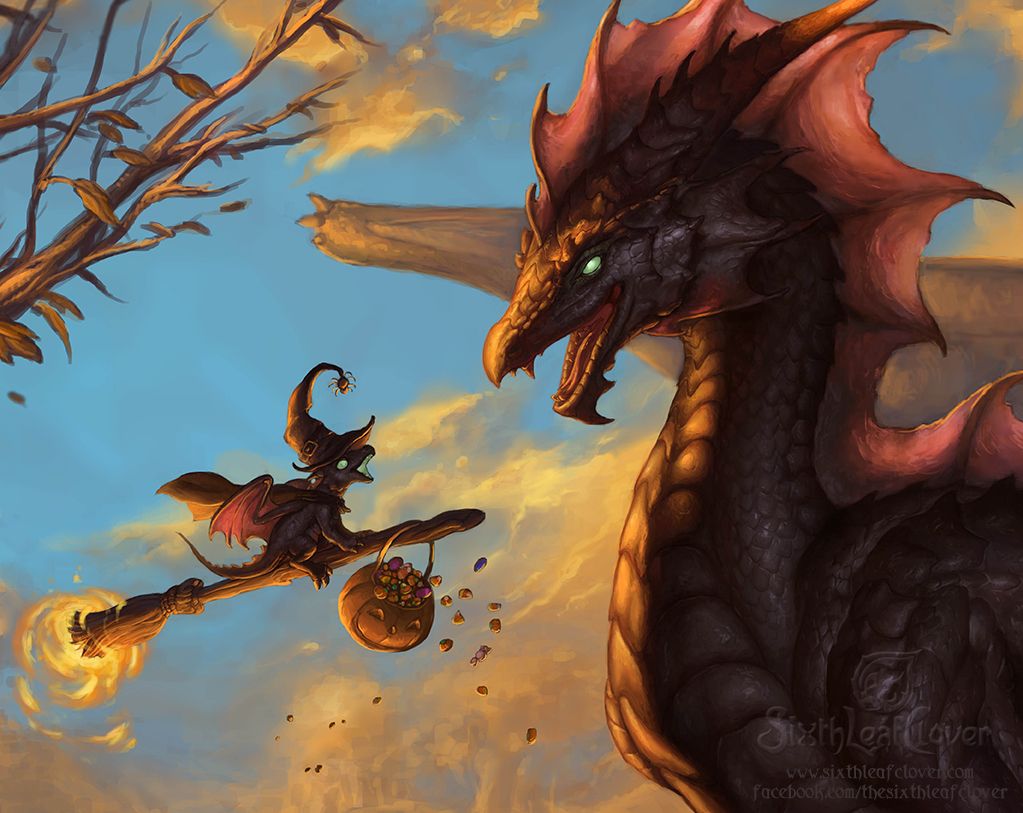 What a crazy year this has been. I always take comfort in October. Autumn is my favorite time of the year. I embrace the change. I love seeing the leaves change into bright colors and crisp as they fall from trees , the brisk air, the coming of all things pumpkin spice, caramels & apples, hot tea, sweaters, Halloween, and fun movie nights on the weekend. What's not to love? For me, fall is a time for renewal and industrious action. Cleaning out the closets, journaling, and setting goals. Beginnings are not just for the New Year. My fresh start is for my writing as well. My fantasy novel, The Bardess of Rhulon, has a new publisher...Tanstaafl Press!

Tanstaafl Press has picked up The Bardess of Rhulon for publication. Tanstaafl Press is awesome. My book is now available in both paperback and Kindle editions at both The Bardess of Rhulon » TANSTAAFL Press and at Amazon. Go to Tanstaffl Press to read the first chapter of Bardess of Rhulon for free.  Bardess of Rhulon has a beautiful new cover! This is the first of Bardess novels in my series called The Rogue Bardess. More news on my series is forthcoming. My heroine, Rose Greenleaf, will be a busy girl learning to control her magical skill the glam rhapsodé. I must show off my new cover, because I love it. The artist is Kristin Bryant. Thank you, Kristin. And thanks to my new publisher and editor, Tom Gondolfi. 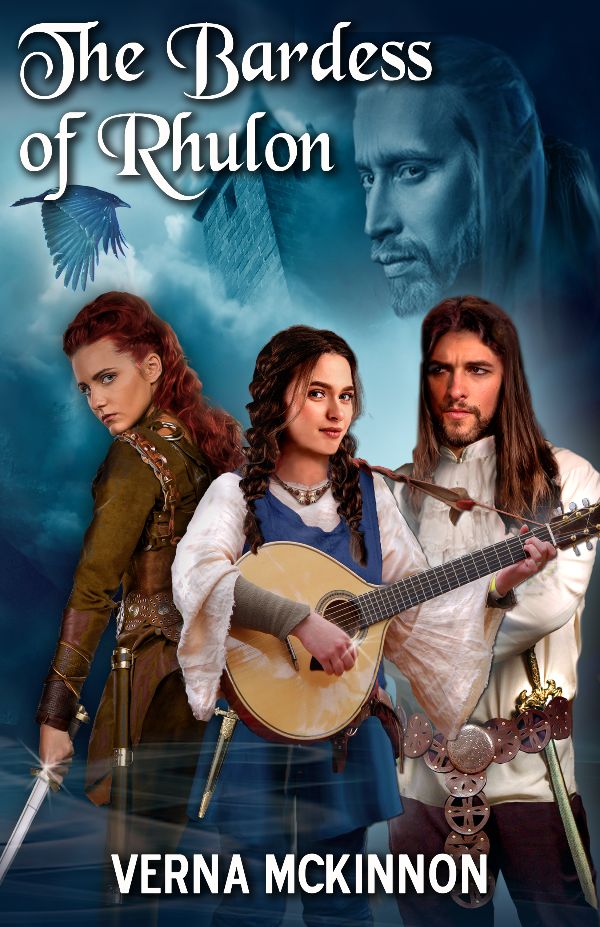 Writing is often the only thing keeping me from going nuts. Not the good yummy walnut kind either. Crazy nuts. The world has been a dumpster fire. Staying calm in this Covid world is tough. There is no normal yet. So what do I do, as I go to work masked and pray my vaccine holds out? I take joy in what makes me happy. I write. Drink coffee. Count my blessings. And plan writing more books. My second Bardess book has already begun (My Bardess, Rose Greenelaf, is going to endure a lot of strife and chaos). My newest novel, The Bastard Sorceress, is nearing completion. There are other changes coming too. Another publisher (whom I hope to name in next newsletter) will be picking up my Familiar's Tale series. Another book coming in my Familiar's Tale series (Fires of Rapiveshta). That one is finished. Just awaiting the rescue of my new publisher. This will complete the trilogy.

Enjoy my novels? Please leave a review on Amazon/Goodreads. Believe it or not, it can go a long way to help a writer out!

Thanks for reading & believe in dragons!

This is also a sample of my newsletter, so if you would like to subscrbe, just go to my website @ www.vernamckinnon.com

Posted by Verna McKinnon at 3:13 PM No comments:

Hello fantasy and science fiction lovers! Today is a dive into the subject of Conan the Barbarian, by Robert E. Howard. I add the author's name because Conan has been the subject of many comics and other fantasy novels where others have written him, along with films and television. Many wonderful writers have written some Conan novels. I must emphasize this is about the true Robert E. Howard stories. I love the original Conan tales writtten by Robert E. Howard. Nothing against those other writers. It is simply because Robert E. Howard was the best. His sword and sandals hero is better in thos estories than how he has been portrayed in films and television.
Don't get me wrong. I would LOVE to see some decent adaptations of Howard's Conan in a televised setting. Film is problematic because it always cheats with "revenge fantasy" theme which is so tiresome and was never part of the Conan world which Howard created. Conan's parents were never killed when he was a boy. He was never a slave (though a temporary prisoner of battle at times). This weakened the Arnold Conan film and even Jason Momoa's Conan (I prefer Jason. Go ahead and hate me.) Do not get me starte doin the old television series. It is not good.
The truth is, I prefer most of my science fiction and fantasy in a series/television where you can dive into characterization, storytelling, enrich the world. This is why The Witcher and  The Mandalorian are fantastic. Most science fiction and fantasy on film is framed with tight desperation, The must fight end of world monster/demon, save a princess, or stop someone from blowing up galaxy. It is fast paced and urgent. This format works in things like The Terminator. The original film is still a favorite. It has it place. But Conan deserves better. Robert E. Howard deserves better. These are stories which create a new world. Not a fast ninety minute blood fest.
The original Conan tales, which begin with a fifteen year old Conan escaping from a prisoner of war camp, and builds to his fifties where he has become a king, are too wondrous not to bring to screen. With the streaming options now, Netflix, Hulu, and Amazon, for example, they could create fabulous adventures that show the true warrior Conan was. Not the depressed blood-soaked dour fighter seeking revenge. I still remember a scene in one of the stories where Conan visits his parents, who were getting older, and after a time he left to return to his advenurous life because he got bored. This warrior faced down gods, kings, and demons. He traveled the world. He could learn languages easily and was clever in war and battles. This is the warrior I want to see. I recently heard rumors Conan has been picked up for a series. Part of me is glad...part of me is sad because I fear I will be dissapointed.
Bring me the  true Conan Howard wrote in the 1930s. Not another Arnold clone. Please note I do not hate Arnold. He was just never Conan to me.  Conan was strong yes, but even Frazetta tlaked about how his image of Conan (which graced many a paperback cover) were more of a symbolic metaphor, not how the character really would have looked.
Okay, I have had my rant. Stay well and feisty. Read some Conan the Barbarian! The real stuff-not just the comics.
Verna McKinnon

Posted by Verna McKinnon at 12:51 PM No comments:

The Pandemic Writer: Coffee and Isolation 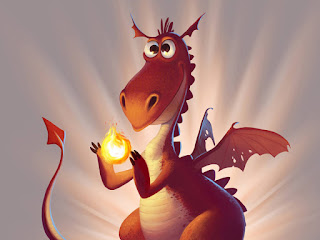 The Pandemic Writer
My world is strange. In some ways I am quite happy to work remotely from home. Yes, most of us authors have regular day jobs. It is bliss not to deal with traffic commutes to and from work, to not dress up, put on mascara which smudges by noon. It is disturbing when you turn on the news and the grief and chaos exploding from Covid, job losses and economics woes, politics, people being idiots (by not wearing masks/refusing to believe in deadly virus).
You feel like you are among the mad! 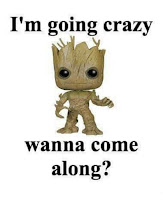 On one hand, I have had more free time to write. On the other, I have not written much as I would have liked. Let's be honest. The world is scary. My first six months of working from home involved lots of chocolate and a pot of coffee a day as I stressed over potential job furloughs (I have been lucky so far), empty toilet paper shelves in store, and working out to exercise DVDs keep a sane routine. I like workout videos because there is no virus threat and I can look stupid without witnesses as I dance around the apartment.
Discipline is the hardest thing for a writer to hone. When faced with editing or writing a chapter, we make an excuse and clean the house or reorganize the wriitng desk. Let's face it....most days my vacuum cleaner just feels like a neglected housewife. I must buck up. Write! finish those books! Edit! Have a piece of work I can harrass agents and publishers with. If I intend to be the next Princess Royal of Heroic Fantasy, I need to work for it. 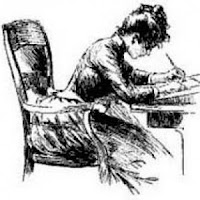 I am hoping 2021 will be better. I am alreayd a crazy writer. The rest of the world needs to reboot. We all have stress. But I would like a return to normal stress and not feeling like an extra in a post-apocalyptic plague movie with B actors . I am working. I am writing.Maybe that is all we can hope for. Let's hope for more vaccinations (am still waiting) and an end to this wretched virus.
So let's reboot ourselves in this insane pandemis world and conquer a few goals. What do you think? What are your plans for 2021?
Stay well & feisty,
Verna McKinnon 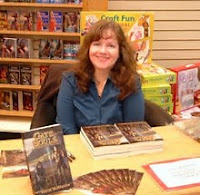 Posted by Verna McKinnon at 11:05 AM No comments:

Good Riddence 2020!
How many of us make the traditional New Year's resolutions? Be it for writing or getting healthy, whatever, we all do it. But the question I pose is perhaps we should look at this from a fresher perspective.
Whether we call them resolutions or goals, I believe the best way to achieve this is to form a routine around those goals.
If we want to write more, set a routine for your creative goals. Start slow at first, and then build on it. The more you follow your routine, the more progress you will make. And progress leadds to bigger and better things.
COVID Salvation
As we all endure isolation and COVID stress, here are a couple things which have made life less crappy.
THE MANDALORIAN

These two shows restored my faith in science fiction & fantasy on television. Yes, I am a big lover of TV and Film. These two made the year less wretched.
All for now. Stay safe and wear a mask...and run away from those without one. 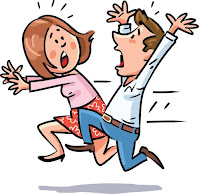 All for now.
Cheers,
Verna McKinnon
🙇

Posted by Verna McKinnon at 11:32 AM No comments:

Happy Holidays. Just a quick hello and I hope you are all well and healthy. We have reached the holiday season, and along with nog and chocolates, we all need a great read. Check out these great novels from Kindle Unlimited from my fellow authors! Just follow the link to happy reading! Go to: Boundless Stories

Have a safe and happy holiday & New Year! Personally, I cannot wait for 2020 to be dust and have a fresh start, without idiocy, panic buying of toilet paper,  and pandemics stressing me out like a traumatized church mouse. 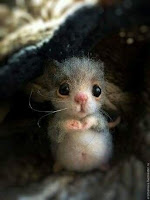 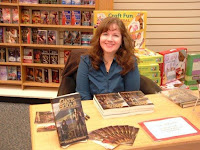 Posted by Verna McKinnon at 11:45 AM No comments:

Hello Fantasy Friends!
I am participating in some great book promos for fantasy for August.  They are themed and showcase many author friends here. Show some love and check these out! First is this virtual book fair.
Books featuring best friends
Check out these great books!

Next is a book theme dear to my heart! Fantasy featuring pets & familiars!     Check out these fab books!

More news to come. Stay healthy & read more fantasy! It does good things for you mood.
Cheers,
Verna
Posted by Verna McKinnon at 10:05 AM No comments: 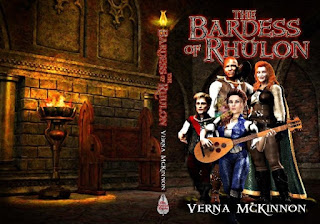 Free Fantasy For All!

Holding out for a heroine? Look no further with the adventures of my Dwarven Bardess, Rose Greenleaf! Announcing another free giveaway for The Bardess of Rhulon June 12-17 on Kindle. Stay well, my lovelies.

Posted by Verna McKinnon at 7:56 AM No comments: