As the holidays explode and Christmas cookies and truffles destroy my healthy eating plan, I am still working on my tales. I have been writing a chapter a day of late. A good friend (Chris W you know who you are) acts as my unofficial editor as I burn up my keyboard. Thank you, Chris.

I do not use a strict outline when I write. I have a basic rundown of what I want to happen and to whom, and rough chapter outlines as guides. But when I am writing, that's when everything clicks together and I take the story onward to its conclusion.  I know exactly what needs to happen to my characters for the whole series of "A Familiar's Tale," as I do for the newest series I am working on for Sky Warrior Books. The new series is about a Dwarven female heroine named Rose Greenleaf, (Bardess of Rhulon) and it should be out next year sometime. Am excited. Kudos to to my favorite editor, Carol Hightshoe, for editing my novels. She is the best. But I know the outcome of my tales before I sit down to write. The stories roil my head and are crammed into notebooks, but I know what to do. With me there is no guess work about what to write.

My biggest writing problem, like so many others I think, is procrastination. I am quite guilty of putting things off in favor of a good X-Files marathon or baking cookies. But when I am in writing mode, I'm a possessed creature, whose feverish typing curse is only broken when I reach the conclusion of the end of the novel. Also rewarded by cookies. Goodness, but cookies are on my mind aren't they. I blame the elves. Darn sugar cookies. Darn elves with high metabolisms. 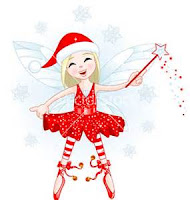 So, as I finish up Fires of  Rapiveshta, A Familiar's Tale, Volume 3,  Enjoy a safe holiday season and beware of spiked eggnog and sneaky elves.  Tree of Bones is coming soon. Watch for it!


Posted by Verna McKinnon at 8:33 AM No comments:

Of course I am not done with honoring the heroines of science fiction and fantasy. There are so many worthy of mention.  Speculative fiction is chock full of amazing female characters in TV, film, and books.  So I am continuing my tributes after a long hiatus. This week we pay tribute to one of my favorites-Dana Scully of the X-Files.

Dana Scully is one of the best heroines in sci-fi TV & film history. From the beginning in 1993 with her baggy 90's suits on her tiny 5'2" frame, to her style evolution with sleeker suits and better haircuts, Scully is one of our favorite heroines. Let's face it, a real busy career woman on the FBI with a load of college degrees never fussed about fashion or spending an hour on her hair in the morning. She did not have time to shop for hours. She had a busy important life. I am glad they did not try to glamorize Scully too much. Her confidence and choices changed with time, but it was never overdone. It was the character that was important, not whether she could pull off a plunging neckline with a push-up bra or wear the tightest jeans. Scully was a force to be reckoned with, armed with smarts, integrity, and a firearm, Dana Scully became a legend in our hearts from the first episode.

Though she was originally tapped to spy on Fox Mulder to debunk his X-Files project, she never did that. She was better than that. She did not fight her orders, she just did what she thought was right. She wrote her field reports, but they were  directed from her point of view as a scientist. Mulder and Scully connected in an instant. A trust formed between them, a trust that would be their foundation for the rough years ahead. She was  honorable, an attribute Mulder (who trusted no one) sensed and embraced. She clicked with Mulder from their first meeting, and we clicked with her. She was a rarity in early 90's television, not only highly educated, (degree in physics and a medical degree from Stanford), but as a respected FBI agent, Dana Scully was treated as an equal, not only by Mulder, but by the FBI. This was refreshing to me when I first watched it. A new perspective that I relished with each week as they fought the conspiracy of darkness and lies.

Often, Dana would counter Mulder's obsession with her facts and science, but she did so out of concern and love that only a true friend would. She bucked the system in her own way, subtly refusing to do what the powers above her wanted-to destroy Mulder. Our girl did not play that. She never wavered in her loyalty to Mulder. She was his champion. She never deserted him. Dana's scientific mind was a needed component to offset the hunt for the aliens, mutants, and supernatural that drove Mulder. It helped us as an audience to see both points of view. She provided balance and science when needed for the cases. She also had her own experiences of the mystical via religious myths Mulder never understood anymore than she of the alien  and government threat.

Yes, everyone wanted them to be together, because their chemistry was off the charts. But for me, the most important element was the trust and friendship they developed. They suffered countless threats and dangers in their pursuit of truth and justice. They shared love in the final seasons and had a child Scully gave up for his safety (weep here). Motherhood was important to Scully, but she was denied this wish due to the government experiments which nearly killed her.

Death shadowed them both. They lost family and friends, suffered abductions, and deadly diseases. They survived. Through it all, they were true to each other, no matter what. When one was threatened, the other would move heaven and earth to save the other.  That is what made it worth watching season after season, and why the final season was lacking. X-Files is Scully and Mulder. No one else can take up their quest. That's how good the characters (and the actors) were. Dana Scully of the X-Files, we honor you this week.

More blogs to come. So until then, watch more X-Files.


Posted by Verna McKinnon at 10:24 AM No comments:

I have not blogged in a long time. I feel bad, because I need to blog more, but then I get involved in the work of writing or editing, plus day to day life. Time slips. To reboot let me say I am upgrading my website again (thanks to help from my wonderful friend, Sally Hoss) and look forward to a fresh start for new year.

This year have completed my edits for new new novels with Sky Warrior Books. Tree of Bones and Bardess of Rhulon. Watch for them. I am waiting for my next novel to come out, so I will post updates as I get them.

I am currently writing two books right now, so I am a bit crazy (more than usual). I have been eating way to much chocolate and drinking way too much coffee, but  it fuels my writing and holds back the cranky moods.

Will be adding another top 10 list of my favorite heroines soon. There are many, so I cannot stop with the first ten. We need heroines more than ever now.

Since heroines are central in my tales, that is what my website is going to showcase. The female hero is going to take center stage in my blogs and my website.

Posted by Verna McKinnon at 12:55 PM No comments: 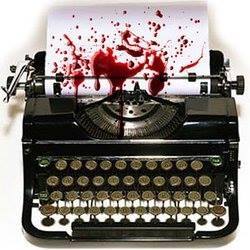 Writing is a bloody business. It is demanding and draining. It makes you feel alive and it makes you feel hopeless. Can you tell that I have been busy writing? it does make you a little mad and after sending a mass of query letters to agents for another novel, I feel just a little tetchy. Because of this, I have been bad about blogging to my friends. I should be better at blogging, as it is a means for writers to share our thoughts and what we are up to, but I was immersed in telling stories. That is the business of writing for me. Because of this I have some good news to share.

I did a polish edit and major revisions on Tree of Bones (2nd entry in my Familiar's Tale trilogy) and submitted it to my publisher at Sky Warrior Books. Now I just need to wait for my favorite editor to have time on her schedule.

I submitted my high fantasy novel, Bardess of Rhulon, about a female Dwarven bard heroine named Rose Greenleaf to Sky Warrior books and was accepted. They optioned my whole trilogy for Rose Greenleaf and I signed the contracts this week. I am very excited. Dwarven female heroines are not common in the fantasy world and they should be.

I am now busy writing Fires of Rapiveshta, final entry in my Familiar's Tale trilogy. It will be sad to see it end, but my characters can always come back for a second trilogy with new story lines. The great thing about Fires of Rapiveshta is it will have dragons! Lots of dragons.

Posted by Verna McKinnon at 7:42 AM No comments: