The Myth of Strong Women in SFF...and Oreos 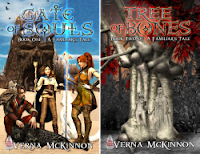 It has been a long time since I posted a blog. I have been very involved with a lot of things, mostly writing new tales and attempting to master social media to promote sales for my two books out there in the abyss of Amazon. I have wondered if it was worthwhile to continue blogging with the mass of social media swarming around us.  Plus social media platforms like Facebook and twitter have been a storm of political chaos, which had me in its grasp too. But, maybe it is?


No strong women? Really? That sent me into tizzy as I gobbled some oreos and tried to understand this blogger's reasoning. I had trouble getting through the article to be honest. The author of this piece argued women as only being seen as strong if they kick butt, or they were submissive like Bella Swan. She made points about fantasy and science fiction being gender biased. There was a section on how common rape is overused in the SFF genre as a means to show women will never be equal with men.  There was much note about how it was "male genre. The blogger referred to characters as being either too strong or weak, with no balance in between. They long for more developed characters. I do not agree with this blog. Let me explain....

Any genre has issues, but I do not think this author is very well read in the SFF genres, at least in my personal opinion. Maybe they have seen too many comic book films, which are not the best examples for three dimensional characters male or female. The common bestsellers are not always the best example of any genre. Twilight set female characters back 50 years. Has this person read any Tanith Lee, Davis Eddings, Neal Gaiman, Octavia Butler, Ray Bradbury, Martha Wells, or even my work?? Yes, I name myself. Indie writers deserve attention too. Really-I have several strong female and male characters that are not black or white in development. There are tons of great books out there with fully developed female and male characters. If you want to talk TV, look at Babylon 5, X-Files, Stargate SG1, and Stargate Atlantis,  and even some Star Trek for good role models. Do not look to vampire TV unless it's Buffy.

For myself, SFF in book or media form has had on opposite effect on my perspective. I treasure SFF because it showed women could do more than bake pies or be just the hero's girlfriend. We all have our opinion. This is mine.


Posted by Verna McKinnon at 10:28 AM No comments: