The role of women in fantasy and science fiction 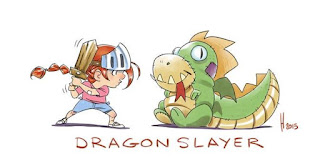 Lately, I have read blogs and articles about the role of women in my chosen genre, fantasy and science fiction. This includes both the authors and the characters/tales.

For women authors, the genre is full of fabulous women. I do know there has been cases where women who submitted with a male name instead of a female have gotten better responses. This sucks, and needs to stop. It is not everywhere or everyone, but even a little bit of this attitude needs to stop...now. I command it. I am not sure why there is still a lingering attitude, but then the publishers are run on corporate ideals bot just or creative ideals. You can say the same for Hollywood. it is not whether the project is good or well cast, but how much money it will make. When I read an article about a female author who submitted to agents and was refused, but when she submitted the same material with a male name, she got good responses. Women have always suffered from the double standard. We need to keep fighting, channel our inner Xena or Buffy, and bust down the doors of stupid narrow-minded trolls and demand equal time.

There have been incredible female authors in the genre and we must not forget about them. there are too many to list them all. Tanith Lee, Octavia Butler, Andre Norton, Ursula K. LeGuin,  Julie Czerneda, Naomi Novik , C.J. Cherryh, and many more. We are there. Some of us are very well known. Some are rising (I hope to be the princess royal of heroic fantasy). Prejudice is everywhere and in all businesses and all societies. We need to fight it. David Eddings Polgara the Sorceress is always a favorite.

For characters in fantasy and science fiction, it has been an evolutionary process. Stop and think about it. How things begin is based on who has control of the pen and the publishing. But things have changed and are ever changing. The shallow or vague concepts of female characters by authors like Tolkien and Robert E. Howard are products of the time. They have evolved. I adore Captain Kathryn Janeway and Deanna Troi form Star Trek shows. Buffy and Xena were revolutionary. In film, who can forget Sarah Connor, Princes Leia or Ripley? Early tough chicks we love. Yes, I used the word chick. It can be a strong positive term. I love it. Claim it.  Don't whine.

The current rush of comic book films has many female characters in the fight, which is good. I do miss seeing fantasy and science fiction  away from the comic book genre though. I am looking forward to some upcoming BBC productions of War of the Worlds and His Dark Materials from the books.

We can rule this genre. We can have a voice. Until later, read more great female authors!

Posted by Verna McKinnon at 9:35 AM No comments: