I decided to watch a new show on HBO to see if it was worth anything.  It's called "The Leftovers."  Great cast.   My condolences to them.  As far as the show goes-Don't Bother!  Seriously, save yourself an hour of bloated anquish.  I think I will cancel HBO for this one.
More later.
-Verna
Posted by Verna McKinnon at 7:51 AM No comments:

Orphan Black: Season 2 Finale Review "We Are Family (I got all my sisters with me)" 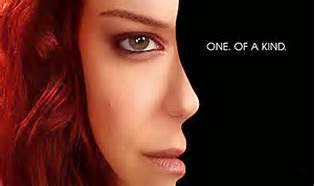 Before I dive into my review of the second season finale, let me first say-SPOILER ALERT!  So be warned as I will be talking about things that happened in that episode and the season itself.

First of all, let me say that I started watching Orphan Black almost by accident.  I am often so put off my what is considered science fiction now on TV, that I almost missed this gem.  It was on BBC one afternoon when I was being truant from my own writing.  Even though the season was part way through, I was mesmerized.  Pulling off contemporary science fiction is not easy.  Most of what the networks try to feed us is just junk with vague scifi or supernatural threads or synthetic pretty people.   After watching that episode of Orphan Black (it was episode 5) I checked my on demand on BBC and watched all the other episodes in order.  I was hooked.   Not only is Tatiana Maslany a superb actress who can pull off so many characters in the show with apparent ease like a goddess, but the writing is tight as a drum.  It  keeps the characters and the theme of cloning and its relevance to our characters and the moral consequences bubbling.  I bought the DVD as soon as it was released.  We will not tell anyone how often I have watched it-will we?

For the second season finale, so many questions and fuzzy things were revealed and answered, and yet the writers opened up a whole new box of goodies for the future.  Unlike some shows that kill off characters like a serial killer on a sugar rush, Orphan Black keeps its character deaths of the fringe supporting cast to a minimum and when it is relevant.  Thank you.

So much happened in the finale.  I was reeling.  The chaos of the opening scene, a montage where Sarah, Mrs. S, and Felix were raging over Kira's abduction by Proclone Rachel.  The family was fighting and in pain-then Sarah unexpectedly embraced Mrs. S.  A lifetime of issues dropped in a single moment of love and forgiveness by Sarah.  I almost burst into tears.  This was followed by Sarah's sacrifice when she turned herself over to Dyad and then was treated like a hated lab rat in handcuffs, all under Rachel's vindictive orders.  I use to hate Helena-I feel sorry for her now.  I now hate Rachel with a burning passion.

Along with the suffering Sarah endured, I would like to point out that she is a great example of an antihero.  We root for Sarah, and forgive her messed up past.  But as Sarah was being treated like criminal by Dyad, her clone sisters were working to save her and Kira.  The brilliant Cosima (please let her live) and her lab buddy Scott, helped rescue Sarah after Rachel had a hissy fit and smashed the bone marrow meant for poor Cosima.   The idea that they were going to remove Sarah's ovary made me cringe.  You know that was Rachel too.  When Rachel was hit by the flying pencil, I did not feel sorry for her. (the graphic truth is too scary-eyeball injuries make me cringe).  Rachel is a mental case far worse than Helena.  I do not blame Duncan for suicide, though I blame him for his lack of responsibility that he claimed was part of his clone design.  He was weak.  He created something and then could not deal and hid away.  He is to blame for the Rachel makeup that is cracking like a rotten egg.

New character  Marion Bowles is intriguing.  Cal (Kira's father) is interesting too and I know he will be back.  I am sure there is more to his past too.  I liked that Kira was smart and stole a cell phone to call her dad.  That girl is full of so much mystery and her abilities are astounding.  I like that Marion helped Sarah and Kira too-but her motives are very layered I am sure. The plans of Mrs. S and Paul which led to poor Helena being taken away, was upsetting, but if it meant the restoration and liberation of Sarah and Kira, I can understand.   Kira means everything to Mrs. S.  Why-who knows?  Is it because she knows her abilities or just motherly love?  Poor Helena, who knows what will happen now.  She is pregnant too-which is scary.  Mrs S. had her motives which are clear-Kira comes first.  That is the one thing that Sarah and Mrs. S are united on.  Her character is just as full of shadows as the others, but I find her oddly enjoyable and the actress, Maria Doyle Kennedy, is amazing.

The revelation of Castor and the male clones was unexpected, more because we are so involved with our clone sisters.  Paul was a ghost and never really a monitor, but pretending to be one for the military.  I think he is sexy but not trustworthy.

Speaking of sisters, those few happy moments when the clone sisters were having an impromptu dance party in Felix's loft, was welcome and joyful.  The classic Sister Sledge song, "We are Family-I got all my sisters with me," kept rolling in my head as they bonded.  It was a much needed moment after keeping the clone sisters apart for much of the season.  Please let them have more together moments in season 3.  They need a better hideaway though-with a lab and swanky secret doors.

The final revelation of the male clones existence and how the military used them, like Dyad used the female clones, will being up new troubles and revelations next season.   The rather mentally unstable example of the male clone (Castor) Marion had in her fancy well-guarded dungeon was disturbing. I was surprised that the character who will be playing these new male clones was also from the religious group.  Marion Bowles' interest in Sarah is intriguing.  She is not a fanatic on the surface and is very rich based on her castle like mansion.  But her layers are there.  Perhaps through her, Sarah can gain some answers.

Sarah's character has grown so much.  Her future as the reluctant hero in protecting her sisters and daughter is solid.  Her growth was slow and believable.   Sarah still has the punk fringe, the wild long hair and dark piss-off stare, but within that leather jacket persona is a woman with heart.  She was lost for so long, but now she has a calling that she is following, though she wanted to run from it.  A true antihero we can look to.   Then you add all the other characters she plays-Cosima, Allison, Tony (transgender clone), Helena, Rachel, the German.  All so different.  All nuanced and individual beings down to voice inflection, accents, walk, dress, body language, facial expression.  It's not just hair and makeup.  Its deeper and what a real actor can do.  I also send praise to the writers and supporting cast (who wants to start a Felix fan club?).

The saddest thing is the nearly year long wait for season 3.   Thankfully, season 2 is our in July on DVD/Bluray.  Guess what I'm watching?

A final note-if the Emmy's do not give Tatiana Maslany a nomination, they have no credibility.   It will also prove my theory that the Hollywood awards hate anything science fiction or fantasy based.  They should  just ship Tatiana her acting awards to her via FedEx with apology.


Posted by Verna McKinnon at 10:44 AM No comments:


Greetings-just a visual opinion about my role models and what today's girl has as a feminist or independent woman role model.

This is a collection of some of my most inspirational role models.

Below is what most girls look to as feminist role model 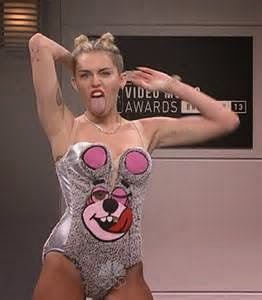 I think I have made my point
Posted by Verna McKinnon at 9:51 AM No comments: